It’s been a fortnight since we returned from Mykonos and it already feels like we never went at all.

If it wasn’t for my depleted bank balance and the overwhelming post-holiday come down, I’d be sure I’d dreamt it.

Admittedly the past fortnight has been a bit of a blur, complete with meetings, too many takeaways to count and an office summer party for good measure, but here’s what I can remember from our final few days in Greek heaven – and our inevitable return…

Even though I’m a painfully fair-skinned individual, by the time the latter half of the holiday rolled around, I’d become used to this sunbathing thing.

Having established early on that we weren’t beach-goers by nature, we’d resigned ourselves to locating the most out of the way sun loungers at our sister hotels pool, meaning we were far enough away from the boozy Welsh contingent to be relaxed and close enough to the pool to cool off once our skin had reached the temperature of well done steak.

Having spent most of our time sizzling, eating and repeating, we saw no reason to break from our routine from Thursday to Sunday. So that’s what we did.

One particularly memorable lunch poolside, we spotted a French traveller sat at a nearby table cradling a little girl who seemed to be in some distress. Well, I say spotted – the crying child was enough to draw attention from the four of us and another group; American tourists endeavouring to have a quiet lunch and a woman dining alone whose abs gave me cause for much jealousy.

Thirty minutes after we’d first heard the wailing, it happened. The blood-curdling sound of a child’s stomach rejecting everything it had been rewarded during the previous eight hours. Moving tables seemed to do little good, as the smell of misplaced bile wafted the length and breadth of the dining area and I began to regret my somewhat ill-judged order of a margherita pizza.

Putting the whole sorry episode behind us, at 4pm we agreed to seek some shelter from the sun and retreat to our rooms for a nap.

It was also the first day we’d hit upon the revolutionary idea of stocking up on beers from the shop to stash in our respective fridges rather than paying the high prices of the hotel bar.

Our drink needs fulfilled, we also decided that for the first time during our break we’d have pre-dinner drinks on Chris and Liam’s balcony, where Alex would finally get to break out the Uno he’d stealthily packed for our enjoyment; because nothing quite says holidaying in your 30s with other couples like breaking out a deck of cards…

Before Mykonos, it’ll astound you to learn that I was an Uno virgin. Yes, really.

For anyone not familiar, Uno is a card game that’s marketed as straightforward but has more rules than can be reasonably explained to a group of drunk people. Essentially it revolves around the concept that the first person to get rid of all the cards in their hand wins. With cards designed to bump up your opponents’ hand (+4 and +2) and force people skip their turn, it’s like the card version of Monopoly during which you can royally stitch up the rest of the group by hanging onto the most damaging cards and then striking when other people are at their most vulnerable.

I was surprisingly OK at it but that might be because being a bitch comes naturally to me. Even though it took me a solid hour to fully understand it.

A few nights of Uno, a dozen unnecessary beers, and more visits to our favourite restaurant of the trip, Yialo-Yialo, and the day had come for us to head home.

We’d established that once we’d checked out, the hotel would hold our luggage until our transfer arrived and we would have access to facilities to shower and change. You’d think that the old adage of, ‘when something seems to good to be true it probably is’, would’ve leapt to mind at this point but quite frankly, I was too sad about the thought of flying back to Manchester to give it a second thought.

After a few final blissful hours poolside and having finished my book on Rillington Place, it was time to shower and change.

Here are some key things to note at this point:

All that said, I was sad to be leaving our hotel; although overhearing the Welsh contingent discussing the imminent arrival of another 28 members of their party left me feeling insanely grateful that we hadn’t opted for a 10-night stay.

The only thing worse than knowing you’ve got two days of intense laundry ahead of you is arriving at the airport to find a queue reminiscent of the shit show that was TanaCon and a flight that’s delayed by over an hour.

As we all became warmer (there was no air-con) and more bored waiting for our flight to be called, it was obvious that organisation was not the byword of Mykonos airport; one of the few criticisms I can level at the whole trip other than the pavement pizza served up to us poolside and the clusterfuck that was the shower situation at checkout.

When we did finally board our plane, the pilot informed us over the intercom that Greek authorities had delayed their landing, with the final kick in the balls being that they’d let us board the plane a solid forty minutes before we could actually take off. Winning.

Arriving back in Manchester would be a blessing at this stage – or it would’ve been had our airport transfer home been conducted by a taxi driver with the vaguest knowledge of the North West’s motorways or a working sat-nav.

Then again, what was I rushing home for? Other than the cats, the only thing to greet me would be the inevitable mountain of unclean underwear and the deep sense of despair that comes with knowing you’re heading back to the office and the sunshine will soon be far behind you.

Two weeks on and we’ve already booked another last-minute trip in October – except this time we’re off on a city hop around Asia.

It seems I do love laundry after all. 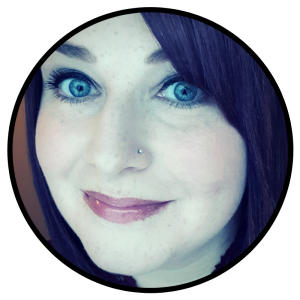